To explain concepts like this I use an absurdly simple example.  Assume that the interest rate is zero, the project cost is 1000 and CFADS is 600 for only two years.  The reason for assuming a zero interest rate is that you can compute the NPV by a simple sum and that the debt service is just the repayments.  In the case without the balloon payment, the LLCR is 600 x 2 divided by the assumed debt of 800.  This produces an LLCR of 1.5 as shown in the screenshot below. 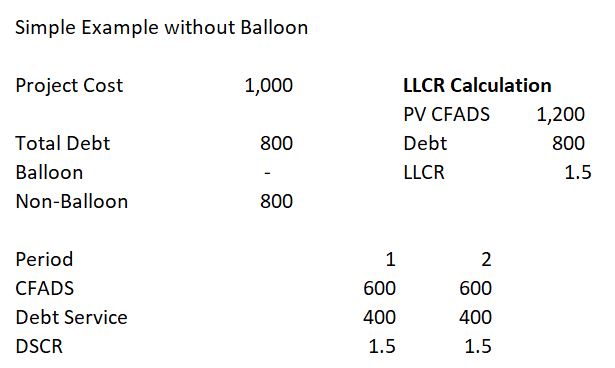 The second screenshot shows the same case that includes a balloon payment.  In this case, the LLCR increases to 1.85 which produces an amount of debt of 650 instead of 800.  The screenshot illustrates that the formula for the LLCR with balloon payments or for other debt can be expressed as follows: 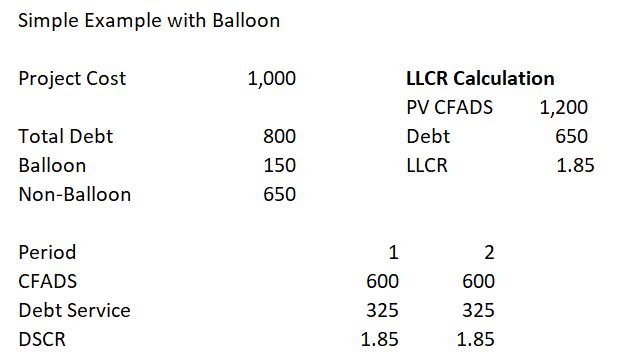 If there is interest on the balloon debt or the non-sculpted debt, the formula for the LLCR in the above simple examples is not correct.  For an issue with a balloon payment, to the extent that the balloon repayments are not included in the sculpting formula, the balloon repayment should be expressed in terms of present value. 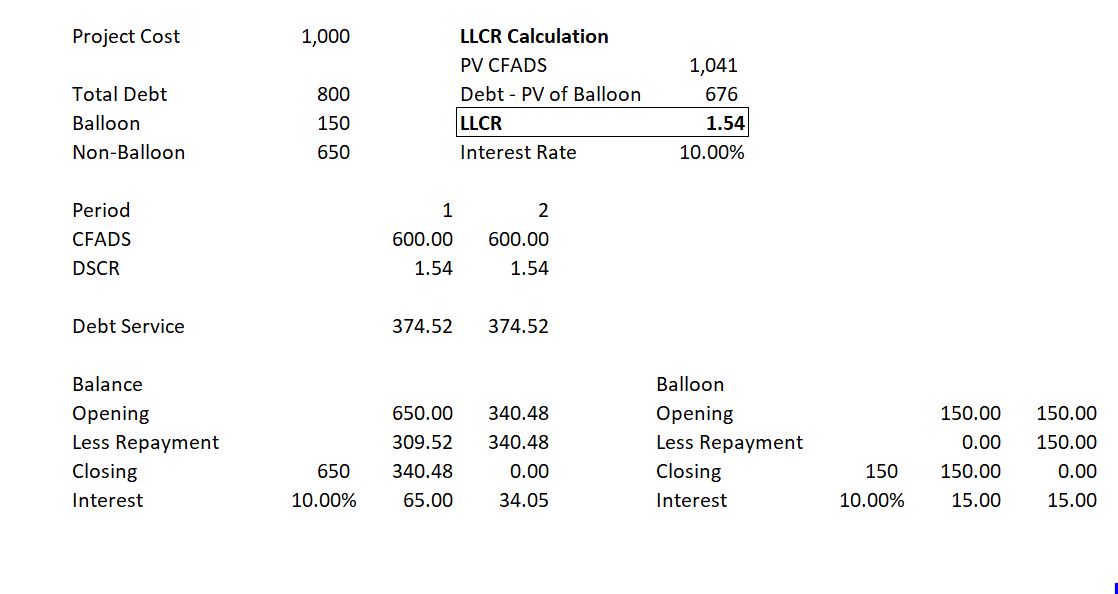