The peak shaving algorithm is demonstrated in the file that you can download by pressing the button below. There are just a couple of equations and a goal seek function.  You need a maximum function with the load relative to the hydro generation and to make sure the hydro generation is not negative.  For this you can use a MIN and MAX together as shown on the screenshot below.

The process of using a goal seek function to find the set point is illustrated in the screenshot below. You can compute the difference between the computed generation from the hydro plant and the amount of energy available. This difference should be zero.  To get the difference to zero you should also make an equation with the minimum function which assures that the generation cannot exceed the capacity of the generator.  You need to first define the capacity factor and the capacity of the hydro project.  The production in any hour cannot exceed the capacity and it should be limited by the set point.  In the example below the set-point is in Cell I3.  The capacity factor is defined by the amount of energy which is used in a goal seek.  The goal seek process is illustrated in the second screenshot below.

The goal seek macro is simple as illustrated below.  You should name ranges and record a macro. 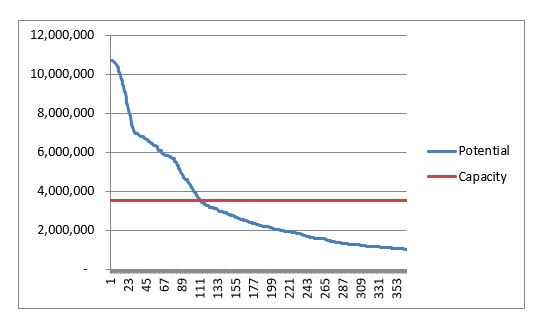 The screenshot below illustrates how you can use the MIN and MAX and a set point to compute the total energy when you are peak shaving. 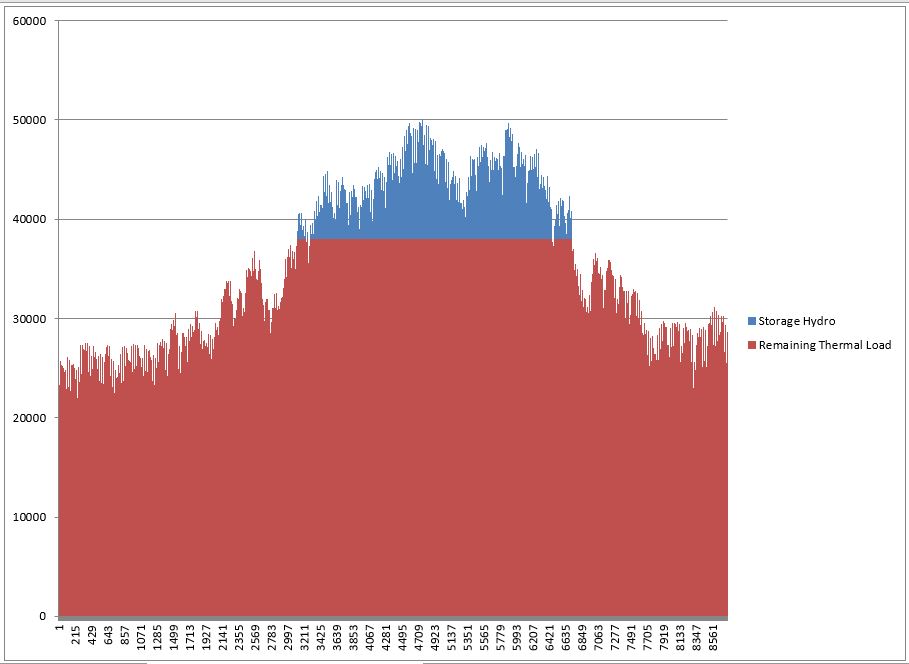 The computation of peak shaving is demonstrated in the file that you can download by pressing the button below.