This page describes how to compute sculpted repayment where there are multiple debt issues; the amount of debt is fixed, the minimum DSCR is given in the term sheet.  There is also a constraint that repayment is driven by the average life. I explain this issue and problem with a simple example and then address the process of sculpting multiple issues is demonstrated in the context of the parallel model concept. While the process of computing curved DSCR is complicated, the process of putting together different debt service for different issues is more simple than the case where the DSCR drives the amount of debt.

The two files that you can download below illustrate the process of sculpting multiple debt issues where the size of the debt is fixed with the debt to capital ratio, but the minimum DSCR and the average debt life are defined. The general process involves the following steps:

In the simple example, there are two debt issues with different interest rates as illustrated below.  The first issue is the capturing debt issue. 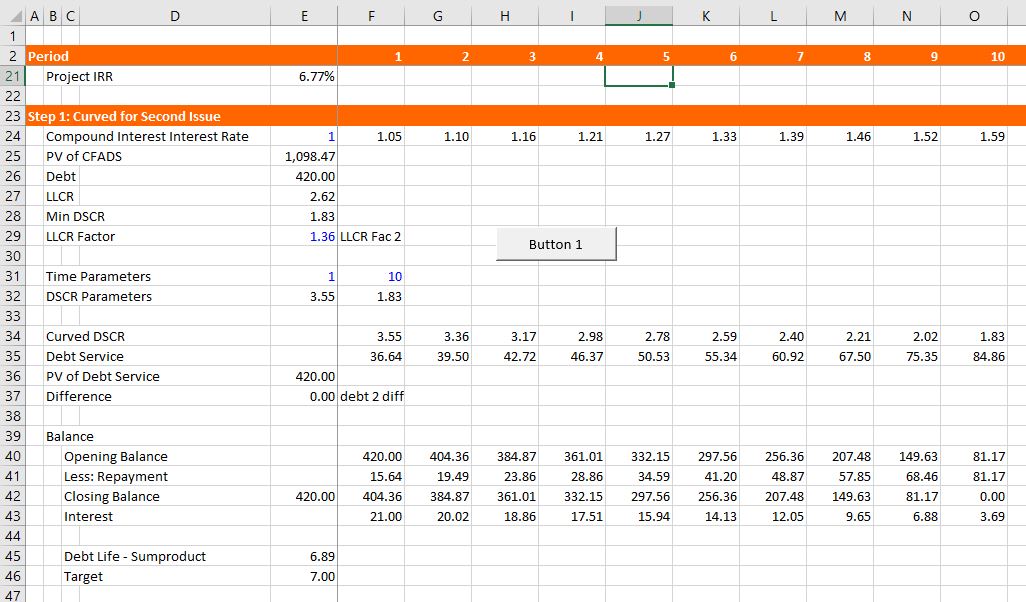 Next you can look at the capturing debt issue. 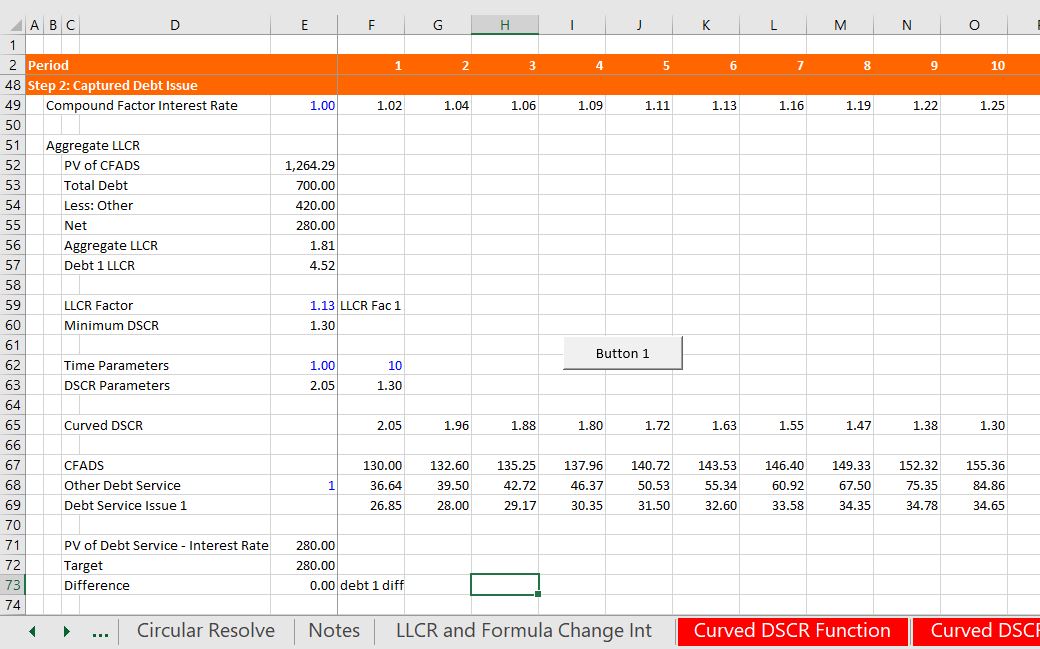